“WORTHY OF THE GODS!” –TIME OUT NEW YORK

This “winning adaptation” (The Hollywood Reporter) of the best-selling Disney-Hyperion novel by Rick Riordan, THE LIGHTNING THIEF: THE PERCY JACKSON MUSICAL is “electrifying!” (Newsday). The Greek gods are real, and they’re ruining Percy Jackson’s life. As a son of Poseidon, Percy has newly discovered powers he can’t control, monsters on his trail, and is on an epic quest to find Zeus’s lightning bolt to prevent a war between the gods. Nominated for 3 Drama Desk Awards including Best Musical, THE LIGHTNING THIEF is “mesmerizing” and proves “lightning can strike twice!” (TheaterMania). 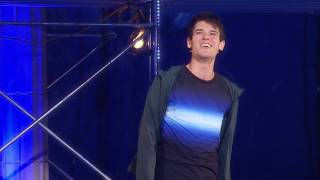 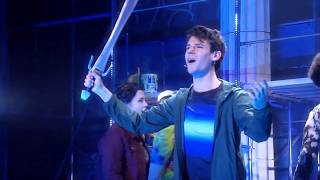 SHOW CONTENT: Based on the young adult novel and rooted in Greek mythology, this story follows the adventures of a twelve year old who discovers he is a demigod, the son of a mortal woman and the Greek god Poseidon. There is theatrical stage combat, nothing too scary for younger viewers, and very mild language. Children under four (including babes in arms) will not be admitted. BE ADVISED: This show contains the use of strobe effects.