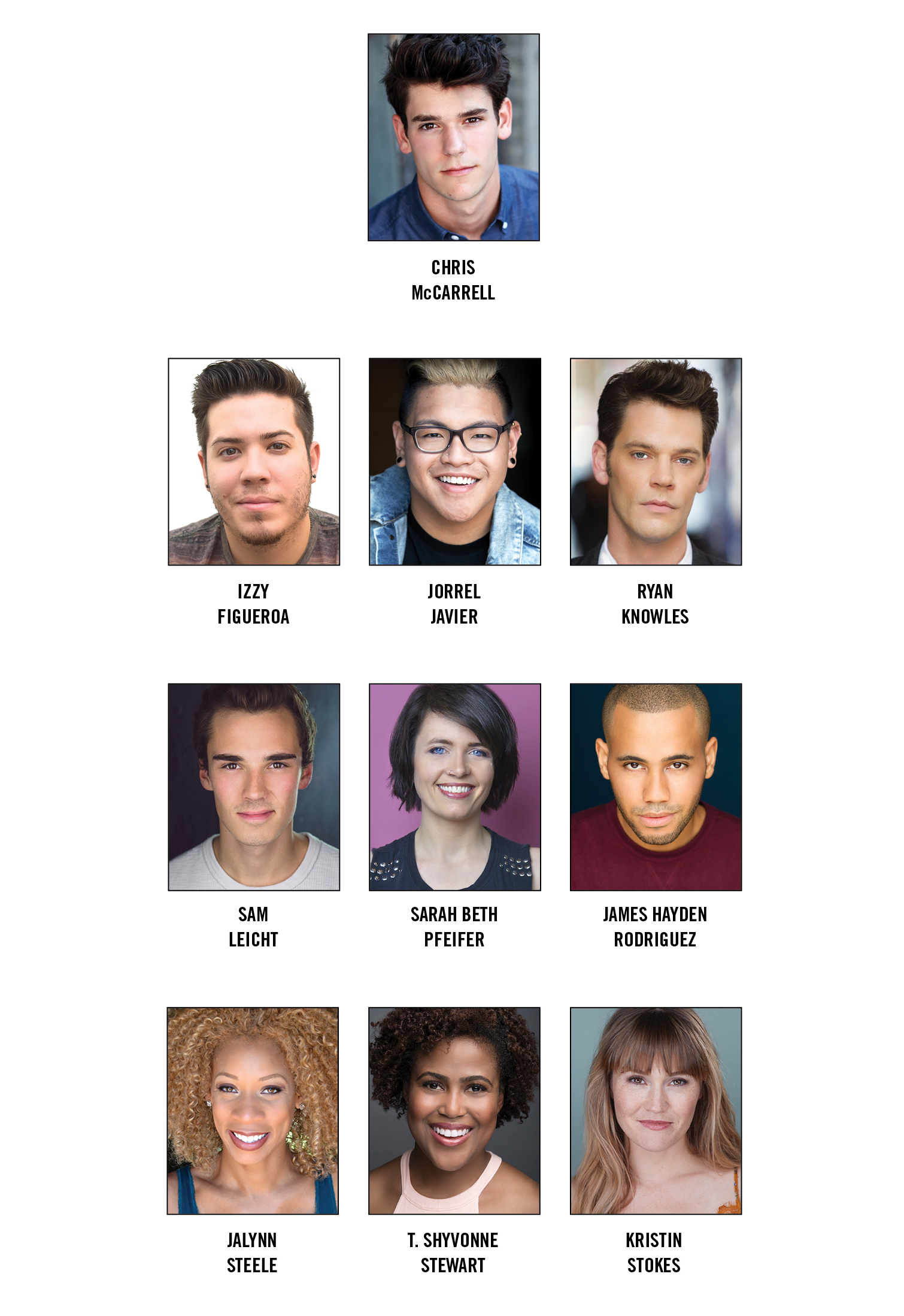 Chris McCarrell and Kristin Stokes will reprise the roles of Percy Jackson and Annabeth, respectively, after bringing the characters to life in the critically acclaimed New York production. In addition to McCarrell and Stokes, two other actors from the New York production will reprise their roles on the road: Sarah Beth Pfeifer as Clarisse and others, and James Hayden Rodriguez as Luke and others. The cast also features Izzy Figueroa (Understudy for Grover, Chiron, Assistant Stage Manager), Jorrel Javier (Grover and Mr. D), Ryan Knowles (Chiron and others), Sam Leicht (Understudy for Percy and Luke), Jalynn Steele (Sally and others), and T. Shyvonne Stewart (Understudy for Sally and Clarisse).

With more than 100 million copies of the book series sold worldwide, this global phenomenon has found a new home on the live stage in a “mesmerizing” (TheaterMania) theatrical event that provides “a spectacularly fun adventure that will thrill everyone in the family!” (Chicago Parent).  Following a sold out run in New York City, where it garnered 3 Drama Desk Award nominations, including Best Musical, “this family-friendly show delights with warm musical numbers and entertains both kids and adults with sophisticated humor.” (Philadelphia Inquirer).

As a son of Poseidon, Percy Jackson has newly discovered powers he can’t control, monsters on his trail, and is on a quest to find Zeus’ lightning bolt to prevent a war between the Greek gods. Based on the best-selling novel by Rick Riordan and featuring a thrilling original rock score, THE LIGHTNING THIEF: THE PERCY JACKSON MUSICAL is an action-packed theatrical adventure that has been celebrated by audiences and critics alike.

THE LIGHTNING THIEF: THE PERCY JACKSON MUSICAL has a Drama Desk nominated book by Joe Tracz, music and lyrics by Rob Rokicki, and is directed by Stephen Brackett, with choreography by Patrick McCollum, with set design by Lee Savage, costume design by Sydney Maresca, lighting design by David Lander, Obie award winning sound design by Ryan Rumery, fight direction by Rod Kinter and orchestrations by Wiley DeWeese and Rob Rokicki. The production is being presented by special arrangement with Rick Riordan and the Gallt & Zacker Literary Agency.