A high-rolling gambler attempts to woo a strait-laced missionary in this romantic comedy classic. Set in the 1940s in New York City’s unsavory Hell’s Kitchen neighborhood, gangsters, gamblers and showgirls go for broke in the game of love and marriage. This multiple Tony-winning show is considered by many to be the quintessential musical comedy, with an infectious score by Frank Loesser including “Luck Be a Lady” and “Sit Down, You’re Rockin’ the Boat.” 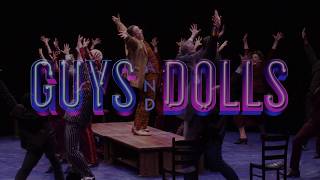 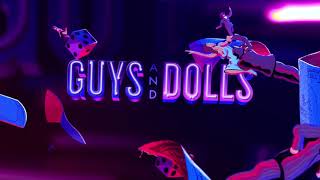 CONTENT GUIDE: This classic musical comedy includes gamblers looking for a place to have their crap game and missionaries attempting to reform them. While very stylized, it includes some mild stage violence, characters consuming alcoholic beverages and chorus girls performing at a nightclub. Children under four (including babes in arms) will not be admitted.