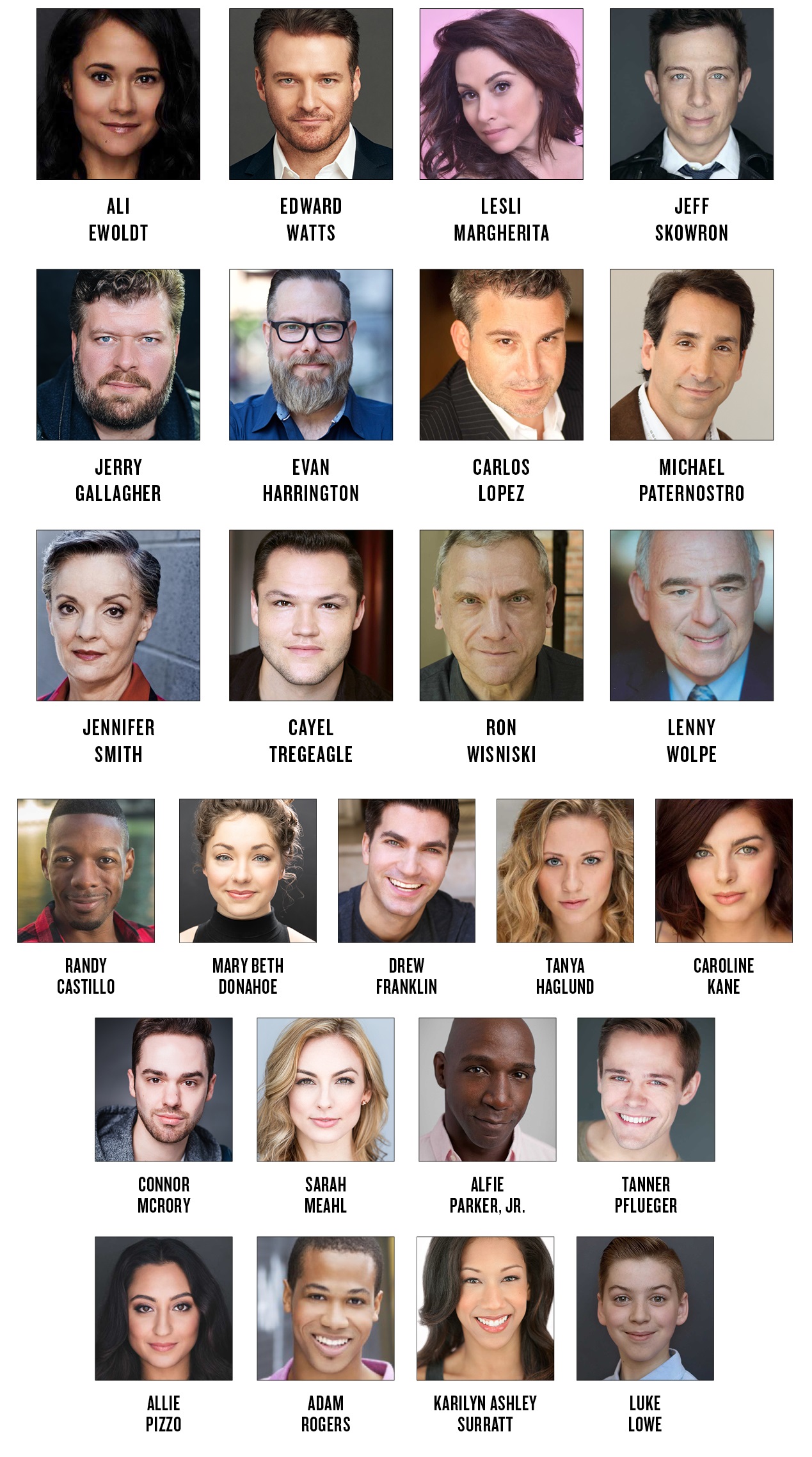 Edward Watts returns to Broadway At Music Circus in the role of Sky Masterson in this hilarious show. Watts, last summer’s Adam Pontipee in Seven Brides for Seven Brothers, has appeared on Broadway in Scandalous and Finian’s Rainbow, in addition to touring with The Book of Mormon and The Little Mermaid. Playing Sarah Brown and making her Broadway At Music Circus debut is Ali Ewoldt, who has appeared on Broadway as Christine in The Phantom of the Opera, Cosette in Les Misérables, The King and I and as Maria in the first national tour of West Side Story. In addition to his appearance in Oklahoma! this summer, Jeff Skowron, who appeared in Bad Santa 2 with Billy Bob Thornton and is the co-creator of the TV series “Greg & Donny,” will be playing Nathan Detroit. Playing Miss Adelaide is Olivier Award-winner Lesli Margherita, whose Broadway roles include Mrs. Wormwood in Matilda The Musical and Mona Kent in Dames at Sea, and whose Broadway At Music Circus roles include Esmeralda in The Hunchback of Notre Dame, Rizzo in Grease, Lady of the Lake in Spamalot and Aldonza in Man of La Mancha.

Evan Harrington, making his Broadway At Music Circus debut as Nicely-Nicely Johnson, was last in Sacramento with the national tour of Once; he also appeared on Broadway in Chicago, Once, Peter and the Starcatcher and The Phantom of the Opera. Michael Paternostro follows his appearance in this season’s The Drowsy Chaperone to play Benny Southstreet.

With over a dozen appearances with Broadway At Music Circus, Lenny Wolpe returns in the role of Arvide Abernathy. In addition to extensive film and TV work on shows like “The Good Fight,” “Crossing Jordan,” “Six Feet Under” and “ER,” Wolpe has appeared on Broadway in Bullets Over Broadway, Wicked, The Drowsy Chaperone and The Sound of Music. In addition to playing Mrs. Tottendale in The Drowsy Chaperone this summer, Broadway veteran Jennifer Smith will be portraying General Cartwright.

Ron Wisniski will additionally appear as Lt. Brannigan in his third show of the season. Harry the Horse will be played by Carlos Lopez, who has appeared on Broadway in Man of La Mancha, Annie Get Your Gun, Grease, Wonderful Town, Guys and Dolls and Grand Hotel. Jerry Gallagher will be playing Big Jule, a role he appeared in with Goodspeed Musicals and MUNY; he’s also appeared in multiple productions of Crazy for You both on TV for PBS Great Performances and the 25th anniversary concert with Manhattan Concert Productions. In the role of Angie the Ox, Cayel Tregeagle appeared as Albert in the U.S. premiere of The Count of Monte Cristo by Frank Wildhorn at Brigham Young University and Singin’ in the Rain with MUNY.

The Director for Guys and Dolls is Charles Repole; Choreographer is Michael Lichtefeld; Music Director is James Olmstead.