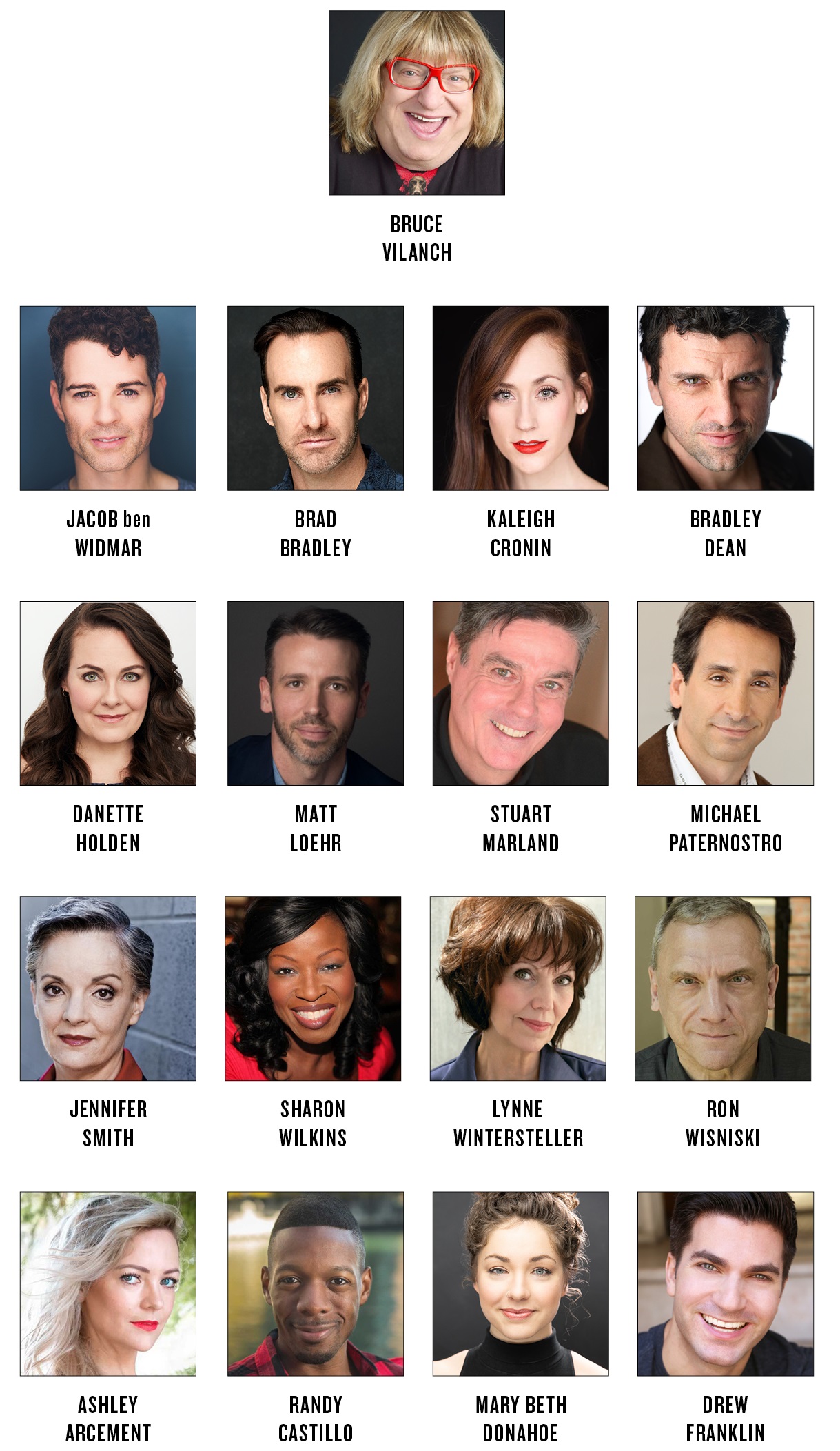 The Man in Chair for this season’s third offering, The Drowsy Chaperone, will be played by the Emmy award-winning comedy writer, songwriter and actor Bruce Vilanch. In addition to serving as head writer for the Academy Awards, his extensive writing credits include work on numerous Tony Awards, Emmy Awards, Comic Relief, “Donny and Marie,” and for artists including Bette Midler and Angela Lansbury. Along with a four-year stint on “Hollywood Squares” and extensive film and TV credits, Vilanch performed as Edna Turnblad on Broadway and in the national tour of Hairspray, and appeared off-Broadway in his self-penned one-man show, Bruce Vilanch: Almost Famous.

The Drowsy Chaperone will be played by Broadway At Music Circus alum Lynne Wintersteller, who played Mother Superior in Sister Act and Dolly in 2017’s Hello, Dolly! In addition to her time on Broadway in A Grand Night For Singing, Wintersteller recently appeared on TV’s “Murphy Brown,” “Elementary” and Netflix’s “Jessica Jones.”  Kaleigh Cronin, playing Janet Van de Graaff, returns to Broadway At Music Circus after her last appearance as Sally Bowles in 2016’s Cabaret; she recently appeared on Broadway in the original casts of Summer: The Donna Summer Musical and A Bronx Tale.  Matt Loehr, as Robert Martin, just appeared in High Button Shoes with City Center Encores! In addition to Broadway appearances in The Book of Mormon and The Producers, his Broadway At Music Circus roles include last summer’s Cosmo in Singin’ in the Rain and Jimmy Winter in 2016’s Nice Work If You Can Get It.  A recent cast member of Broadway’s Dear Evan Hansen and making his Broadway At Music Circus debut as Aldolpho is Bradley Dean, whose additional Broadway appearances include A Little Night Music as Carl-Magnus, Spamalot as Sir Galahad, Man of La Mancha and Company.

Jennifer Smith, whose extensive Broadway credits include the original Broadway company of The Drowsy Chaperone, Anastasia, Tuck Everlasting, A Gentleman’s Guide to Love & Murder, Nice Work If You Can Get It and The Producers, will be playing Mrs. Tottendale. As Underling, Stuart Marland returns after appearing in four Broadway At Music Circus shows last summer; his Broadway credits include Newsies, Xanadu, Jekyll & Hyde and Beauty and the Beast.  Jacob ben Widmar, last at Broadway At Music Circus in 2007’s Hello, Dolly! and Kiss Me, Kate, returns as George, following time on Broadway in White Christmas, Xanadu and The Book of Mormon. As well as appearing in this summer’s Oklahoma!, Ron Wisniski, whose extensive credits include touring with Beauty and the Beast as Lumiere and Annie as FDR, will portray Feldzieg. Kitty will be played by Danette Holden, who appeared on Broadway in the 2012 Annie revival, in the original Broadway cast of Shrek The Musical, and off-Broadway in Cagney and The It Girl.