Inspired by Adrienne Shelly’s beloved film, WAITRESS tells the story of Jenna – a waitress and expert pie maker, Jenna dreams of a way out of her small town and loveless marriage. A baking contest in a nearby county and the town’s new doctor may offer her a chance at a fresh start, while her fellow waitresses offer their own recipes for happiness. But Jenna must summon the strength and courage to rebuild her own life.

“It’s an empowering musical of the highest order!” raves the Chicago Tribune. “WAITRESS is a little slice of heaven!” says Entertainment Weekly and “a monumental contribution to Broadway!” according to Marie Claire. Don’t miss this uplifting musical celebrating friendship, motherhood, and the magic of a well-made pie. 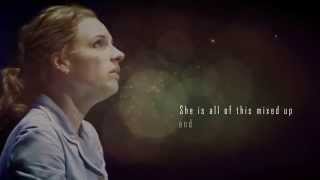 SHOW CONTENT: Jenna struggles in an abusive relationship with her husband and with an unplanned pregnancy. The plot includes extramarital affairs, domestic violence, sexual situations and explicit language. Jenna sees a pie contest and its grand prize as her chance to get out, and along the way rediscovers who she is and her own strength. Children under four (including babes in arms) will not be admitted.