“The vibrant Rodgers and Hammerstein 1943 classic changed the course of the Broadway musical.” – The New York Times

This show is closed.

A new production of Rodgers and Hammerstein’s first collaboration. This groundbreaking, Pulitzer Prize winning musical, set in early 1900s Oklahoma Territory, is about a young farm girl and her courtship by two rival suitors. With a rapturous and immortal score featuring the title song, “Oh, What a Beautiful Mornin'” and “People Will Say We’re in Love,” OKLAHOMA!, now celebrating its 75th Anniversary, set the standard for American musical theatre. 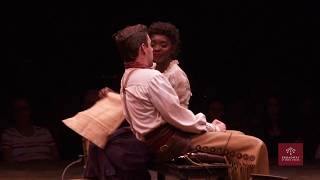 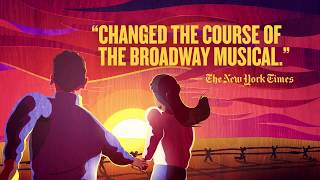 CONTENT GUIDE: Widely considered one of the most influential pieces in the American musical canon, the show contains some dark themes including one character’s unhealthy obsession with another, stage violence resulting in the death of a character, sexual innuendo and discussion of suicide. Children under four (including babes in arms) will not be admitted.