“The wit of Lin-Manuel Miranda’s lyrics, the playful dexterity of his rhymes and his dynamic score make the show an uncalculated charmer.” – Variety

From the creator of the smash hit HAMILTON, Lin-Manuel Miranda’s multiple Tony-winning Best Musical captures the sights and sounds of a vibrant New York City neighborhood on the brink of change, telling the story of a bodega owner whose life is interwoven with residents who visit his store. The thrilling Tony-winning score combines Latin rhythms, hip-hop and pop for an exhilarating journey about chasing your dreams and what it truly means to be home. Broadway At Music Circus premiere. 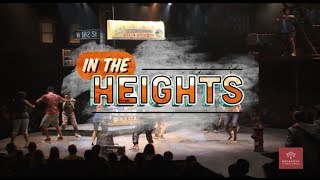 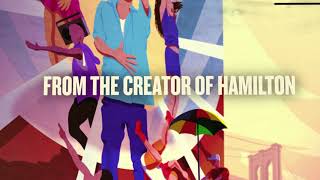 CONTENT GUIDE: This uplifting musical about the residents of New York City’s Washington Heights neighborhood contains some adult content including sexual innuendo and gossip, mild profanity, mild stage fighting and characters drinking onstage. Children under four (including babes in arms) will not be admitted.