“A gorgeous new musical for anyone with a beating heart.” – The New York Times 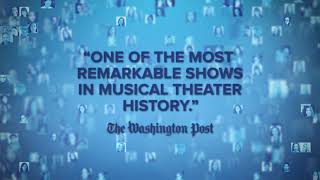 CONTENT GUIDE: This critically acclaimed, Tony® winning Best Musical addresses a lot of serious issues including suicide, anxiety, depression, bullying and the impact of social media in our lives. Contains adult language, sexual innuendo and jokes, and references to drug use.