Three years ago, Academy Award nominee Chazz Palminteri teamed up with Academy Award® winner Robert De Niro,Tony® Award winner Jerry Zaks and Tony® Award winner Sergio Trujillo to create this streetwise musical-based on Palminteri’s true life story. Broadway’s hit crowd-pleaser takes you to the stoops of the Bronx in the 1960s, where a young man is caught between the father he loves and the mob boss he’d love to be. Bursting with high-energy dance numbers and original doo-wop tunes from Academy Award® and Tony® Award-winner Alan Menken (Beauty and the Beast) and Tony® Award-nominee Glenn Slater (Love Never Dies), A BRONX TALE is an unforgettable story of loyalty and family. 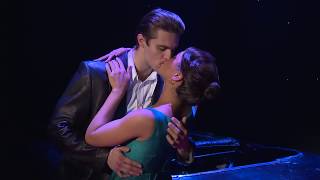 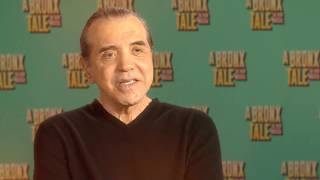 CONTENT GUIDE: Based on the R-rated 1993 film, A BRONX TALE centers around one boy’s experience growing up in the 1960s, torn between the love he has for his honest, hardworking father and the prestige and power of a local gangster and his crew. Contains explicit adult language, gun and other violence including onstage shootings, racial conflict and slurs, gambling and references to adult sexual acts.