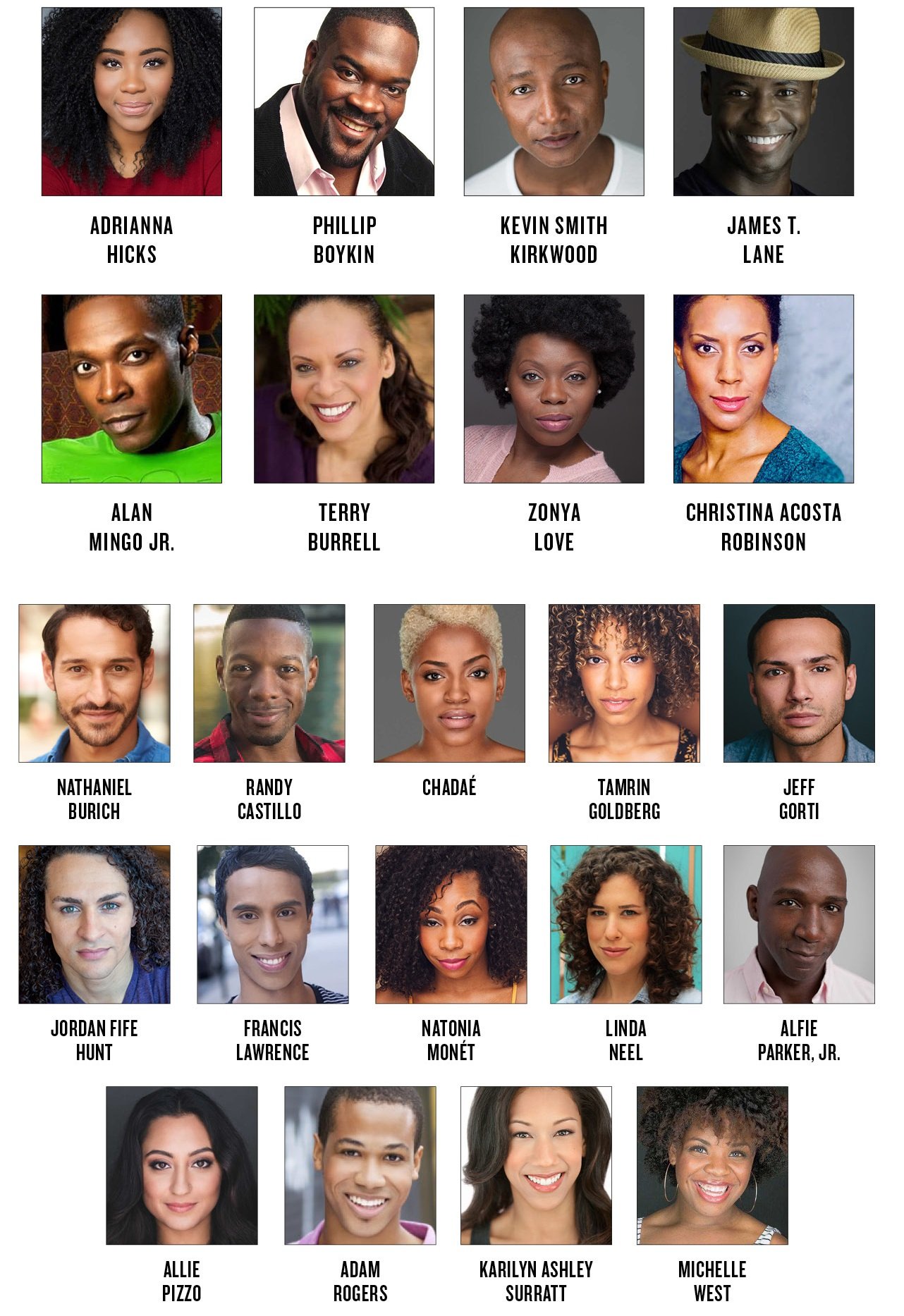 Playing Dorothy in The Wiz is Adrianna Hicks, who appeared on Broadway in the recent revival of The Color Purple and in Disney’s Aladdin, as well as touring as Celie in the first national tour of The Color Purple, internationally with Sister Act and Dirty Dancing, and as a backup singer for the Michael Bublé Call Me Irresponsible Tour. Kevin Smith Kirkwood, who appeared on Broadway in Kinky Boots and The 25th Annual Putnam County Spelling Bee, returns to Broadway At Music Circus in the role of Scarecrow, having last performed the role of Sebastian in The Little Mermaid. Tinman will be played by James T. Lane, whose Broadway credits include Kiss Me, Kate, King Kong, The Scottsboro Boys, Chicago and A Chorus Line. Recently on Broadway as Tonton Julian in the revival of Once On This Island and as the Boatman/Lee in Sunday in the Park with George, and nominated for a Tony Award for his role in The Gershwins’ Porgy and Bess, Phillip Boykin will play Lion, adding to his Broadway At Music Circus appearances as Jim in Big River and Joe in Show Boat.

Terry Burrell, who played Medda Larkin in last summer’s Newsies, will return as Addaperle; her Broadway credits include Threepenny Opera, Thoroughly Modern Millie, Into the Woods and Dreamgirls. Playing The Wiz is Alan Mingo Jr., who has recently appeared on TV in “Doom Patrol,” and “Ray Donovan,” on Broadway as Lola in Kinky Boots, Sebastian in The Little Mermaid and Tom Collins in Rent, and last appeared at Broadway At Music Circus as Albin in La Cage aux Folles. As well as playing Celie in the original Broadway production and first national tour of The Color Purple, Zonya Love appeared as Crystal in last summer’s Little Shop of Horrors and Deloris in the 2017 Broadway At Music Circus production of Sister Act, and will return for the role of Evillene. Appearing as Glinda and Aunt Em is Christina Acosta Robinson, who was recently seen on Broadway in Summer: The Donna Summer Musical and has appeared with The Guthrie Theater, La Jolla Playhouse, Hartford Stage and Oregon Shakespeare Festival in The Unfortunates and My Fair Lady.