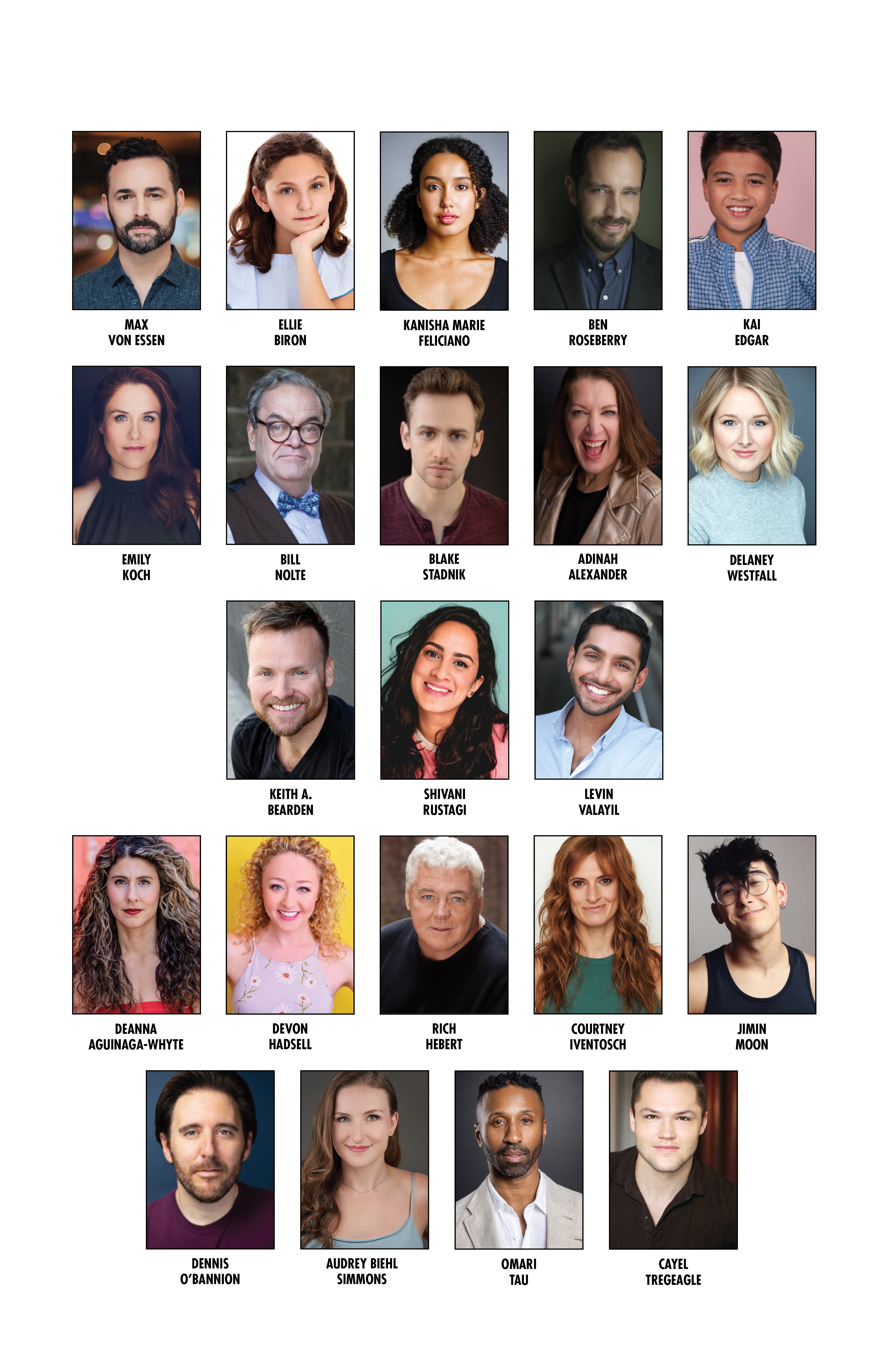 Leading an incredibly talented cast in the role of Archibald Craven is Tony Award nominee Max von Essen, whose Broadway credits include AN AMERICAN IN PARIS, ANASTASIA, EVITA, JESUS CHRIST SUPERSTAR and DANCE OF THE VAMPIRES, and who has appeared in several Broadway At Music Circus shows, including JOSEPH…, CABARET, SWEENEY TODD and JESUS CHRIST SUPERSTAR. Making her Broadway At Music Circus debut as Mary Lennox is Ellie Biron, a native Philadelphian who appeared in Walnut Street Theatre productions of SHREK THE MUSICAL (Young Fiona), MATILDA THE MUSICAL (Matilda) and ANNIE (Molly). Playing Lily is Kanisha Marie Feliciano, an award-winning operatic artist who is currently understudying the role of Christine Daaé in PHANTOM OF THE OPERA on Broadway, having also appeared on Broadway in FLYING OVER SUNSET.

After appearing in the Broadway At Music Circus productions of ANNIE, CAROUSEL, RAGTIME, INTO THE WOODS and THE SECRET GARDEN, Broadway veteran Adinah Alexander returns in the role of Mrs. Medlock; her Broadway credits include KINKY BOOTS, THE WEDDING SINGER, WICKED, URBAN COWBOY and PARADE. Playing Rose is DeLaney Westfall, whose Broadway credits include KINKY BOOTS, SIDE SHOW and BEAUTIFUL – THE CAROLE KING MUSICAL (both Broadway and National Touring Company), and who has performed at regional theatre companies throughout the country. Having performed at Broadway At Music Circus in KINKY BOOTS earlier this season and the 2016 production of THE HUNCHBACK OF NOTRE DAME, Keith A. Bearden returns as Capt. Albert Lennox; his Broadway and National Touring credits include WICKED, SHREK THE MUSICAL, JESUS CHRIST SUPERSTAR and FAME, and he has performed at regional theatre companies around the country. Playing Ayah in her Broadway At Music Circus debut is Shivani Rustagi, a classically trained singer who currently works as a screen actor in Los Angeles and has performed in operas including Tartuffe and The Little Prince. Also making his Broadway At Music Circus debut as Fakir is Levin Valayil, who performed in the North American Tour of THE JUNGLE BOOK, and in regional theatre productions including A GENTLEMAN’S GUIDE TO LOVE AND MURDER and MONSOON WEDDING.

The Director for THE SECRET GARDEN is Glenn Casale; Choreographer is Monica Kapoor; and Musical Director is Dennis Castellano. Broadway At Music Circus is produced under the leadership of Producing Artistic Director/COO Scott Klier. Broadway Sacramento President/CEO is Richard Lewis.