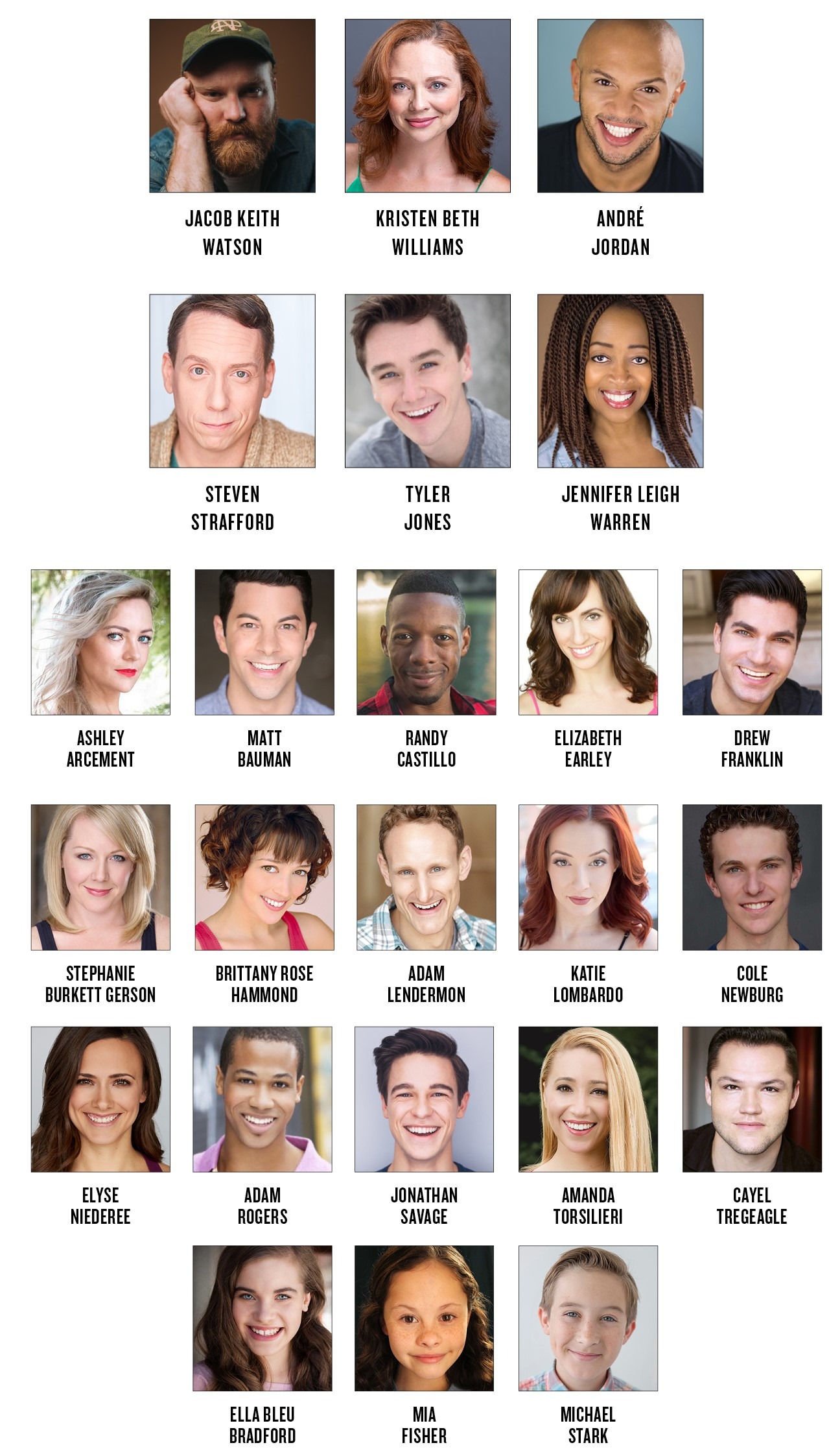 Making his Broadway At Music Circus debut as the gruff but lovable ogre in the season opener Shrek the Musical, Jacob Keith Watson appeared on Broadway as Enoch Snow in the recent revival of Carousel, as well as in Hello, Dolly! with Bette Midler, Amélie, The Phantom of the Opera and Violet. Appearing as his trusty sidekick, André Jordan toured in the role of Donkey with Shrek the Musical, as well as appearing in the Legally Blonde and Joseph and the Amazing Technicolor Dreamcoat national tours. Portraying Princess Fiona is Kristen Beth Williams, whose Broadway credits include Hello, Dolly!, Pippin, Nice Work If You Can Get It and Anything Goes. Steven Strafford returns to Broadway At Music Circus as Lord Farquaad, having previously appeared in Hair and Spamalot, in addition to touring with Peter Pan, Cinderella with Lea Salonga and appearing in the Vegas cast of Spamalot. Also making his Broadway At Music Circus debut, Tyler Jones joins the cast as Pinocchio; he toured with The Book of Mormon as Elder Davis and appeared on TV in “Boardwalk Empire” and “Homecoming.” Playing the voice of the Dragon, among other roles, is stage and screen veteran Jennifer Leigh Warren, who was in the original Broadway casts of Big River and Marie Christine and originated the role of Crystal in Little Shop of Horrors; she was last at Broadway At Music Circus in the 2015 production of Big River.