Check the latest status of Broadway On Tour and Broadway At Music Circus shows: COVID-19 EVENT UPDATES
Make a tax-deductible donation to Broadway Sacramento as we face a critical financial threat: MAKE A DONATION 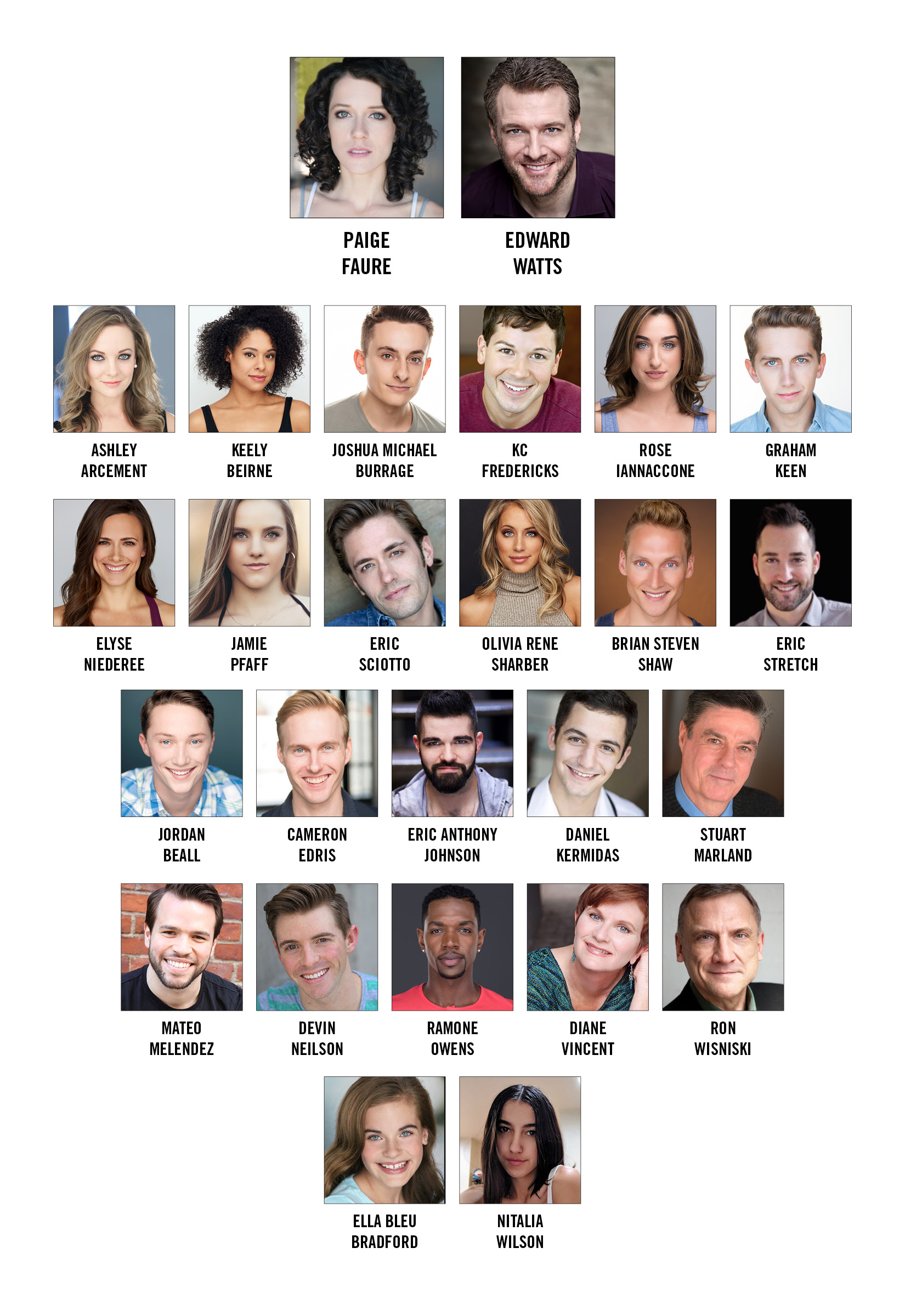 Paige Faure returns to Broadway At Music Circus as Millie, after appearing as Eileen Evergreen in Broadway At Music Circus’s 2016 Nice Work If You Can Get It. She recently appeared on Broadway in the revival of Miss Saigon, as well as Bullets Over Broadway, How to Succeed in Business Without Really Trying and as Cinderella in Rodgers + Hammerstein’s Cinderella both on Broadway and in the national tour. Last at Broadway At Music Circus playing Frank Butler in Annie Get Your Gun. Edward Watts returns to play Adam, the eldest brother, in Seven Brides for Seven Brothers. His past work includes the original Broadway cast of Scandalous the Musical, the national tour of The Book of Mormon, Superman in New York City Center Encore’s It’s a Bird … It’s a Plane … It’s Superman, as well as TV appearances on “Quantico,” “The Carrie Diaries,” “Rescue Me” and “The Sopranos.”

In addition to appearing last summer at Broadway At Music Circus in Beauty and the Beast and On The Town, Ashley Arcement, playing Ruth, has appeared on Broadway in Grease and with the national tours of Flashdance, Anything Goes, and Thoroughly Modern Millie. Keely Beirne, making her Broadway At Music Circus debut playing Sarah, has appeared in the international/national tours of West Side Story as Anita, After Midnight, Smokey Joe’s Café and Memphis. Appearing as Ephraim, Joshua Michael Burrage performed on Broadway in Cats, with the national tour of Disney’s Newsies, revisiting his role for the “Newsies the Musical: LIVE” filmed version, and in television appearances on “NBC: The Today Show” and “Funny or Die.” KC Fredericks makes his Broadway At Music Circus debut as Gideon, having appeared in the national tours of Wicked, Disney’s The Little Mermaid and Cats, along with being a dancer in High School Musical 3: Senior Year and in One Singular Sensation with Live from Lincoln Center on PBS. Playing the role of Alice is Rose Iannaccone, whose regional credits include Mamma Mia! with The Gateway Playhouse and Ogunquit Playhouse, West Side Story, Singin’ in the Rain and White Christmas with Shubert Theatre. Graham Keen will play Caleb, having previously toured with Young Frankenstein, Irving Berlin’s White Christmas, and The Music Man, as well as regional theatre work with Goodspeed Musicals, Theatre Under the Stars and more.

Seen last summer in Broadway At Music Circus’s Beauty and the Beast and On the Town, as well as in regional theater productions including The Producers at The Fulton Opera House and Chicago at North Shore Music Theater, Elyse Niederee, returns this summer as Martha. Jamie Pfaff, playing Liza, won the Hollywood Vibe’s Teen National Dancer of the Year; regional theatre credits include productions of Mamma Mia!, Disney’s Newsies, Shrek the Musical, Peter Pan and The Hunchback of Notre Dame. Eric Sciotto, playing Frank, last appeared at Broadway At Music Circus in the 2014 production of A Chorus Line, a show in which he’s played every male role including productions both on and off Broadway; additional Broadway credits include Something Rotten!, The Mystery of Edwin Drood, and Priscilla Queen of the Desert. Playing Dorcas in her Broadway At Music Circus debut, Olivia Rene Sharber has performed for The Radio City Christmas Spectacular at Radio City Music Hall, as well as in productions of Jesus Christ Superstar, West Side Story, and Rock of Ages. Brian Steven Shaw, playing Daniel, is no stranger to Broadway At Music Circus, having appeared in numerous productions including Nice Work If You Can Get It, Bye Bye Birdie, La Cage aux Folles, and Mary Poppins, in addition to The Little Mermaid at Broadway On Tour and with TUTS. Eric Stretch, playing Benjamin, appeared in La Cage aux Folles on Broadway, Wicked in Los Angeles and San Francisco, and along with regional theatre work, performed in the sold-out one-night Broadway concert Bombshell, the fictional musical from TV’s “Smash.”