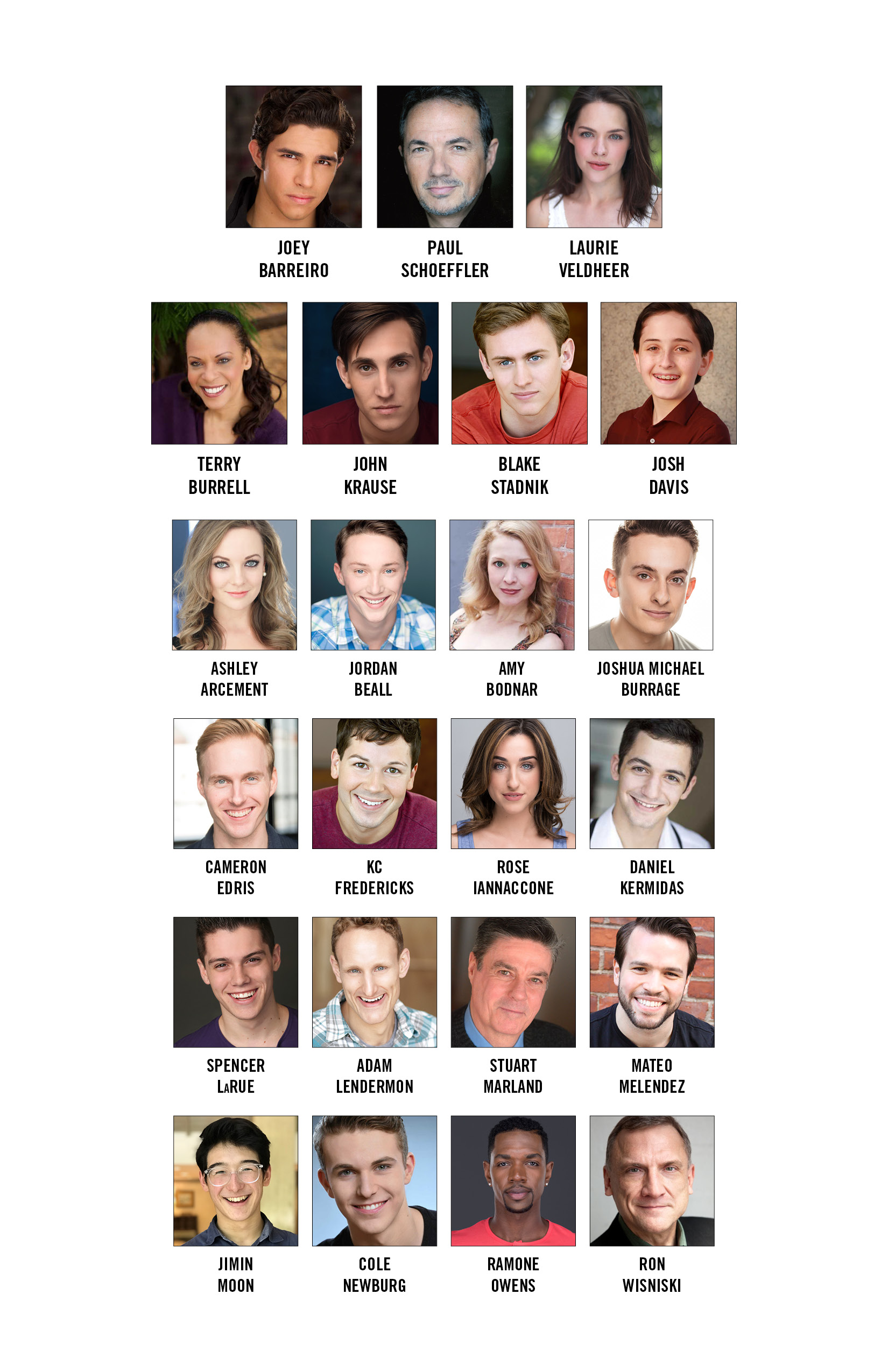 Leading the strike this summer in Disney’s Newsies, Joey Barreiro, making his Broadway At Music Circus debut, will be reprising the role of Jack Kelly, which he played in the first national tour. Barreiro’s additional credits include The Witches of Eastwick at Ogunquit Playhouse, Ragtime with Westchester Broadway, Into the Woods at Studio Tenn, and A Chorus Line with Connecticut Rep.  Laurie Veldheer will play Katherine, a role she understudied in the original Broadway company of Disney’s Newsies; other credits include Sophie in the Broadway production of Mamma Mia!, as well as multiple appearances in regional productions around the country.  Making her Broadway At Music Circus debut playing Medda Larkin, Terry Burrell has appeared on Broadway in Threepenny Opera, Thoroughly Modern Millie, Into the Woods and Dreamgirls, and as Julie in the original London cast of Show Boat, as well as touring with Copacabana, and Grand Night for Singing. Playing the role of Joseph Pulitzer, Broadway At Music Circus veteran Paul Schoeffler returns for his 11th season, having appeared last summer in 9 to 5; his Broadway credits include Captain Hook in Peter Pan, Hertz in Rock of Ages, Sweet Charity opposite Christina Applegate, and Sunset Boulevard with Glenn Close.

John Krause, playing the role of Davey, performed in the tours of Wicked and American Idiot, in the New York Musical Festival’s Camp Rolling Hills, with the vocalist group The Broadway Boys, and in the Las Vegas production of Rock of Ages. Appearing at Broadway At Music Circus for the first time, Blake Stadnik will play Crutchie, a role he’s played in two previous productions, in addition to touring as Billy Lawlor in 42nd Street and appearing as Marius in Les Misérables with North Shore Music Theatre. Josh Davis returns to Broadway At Music Circus as Les, after appearing in the 2016 production of Seussical as JoJo and the 2015 production of Peter Pan as Michael Darling, as well as the national tour of A Christmas Story.